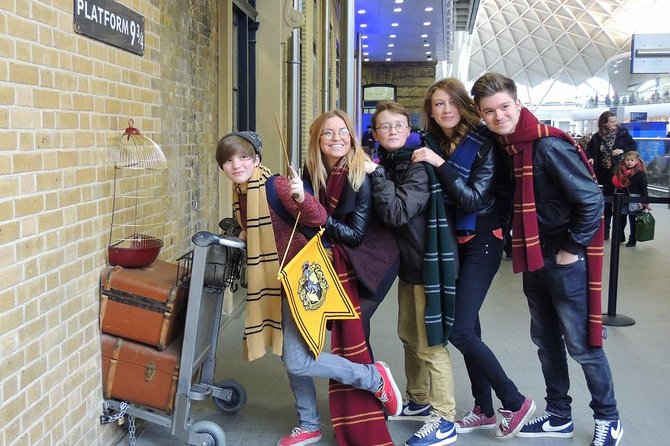 More Photos
3-hour Harry Potter & Fantastic Beasts with Platform 9 ¾ & Shop Visit
Greater London, United Kingdom
Duration: 150 to 180 minutes (approx.)
8 Reviews
HIGHLIGHTS
This all engaging will Immerse tour guests in the magic and mystery of Harry Potter™ with a fantastical magical 3-hour Harry Potter film location tour through the streets of London. Visit the spectacular Platform 9 ¾ where Harry and friends took the Hogwarts Express to Hogwarts School of Witchcraft and Wizardry.

See and enjoy the very movie film locations that created the magic of the Harry Potter books brought to life in the spellbinding movie series. Walk into the real London Diagon Alley while snapping photos that will create memories of a lifetime. Hop aboard the movie magic walking tour and push your very own trolley through the wall to be magically transported to the Hogwarts Express. This tour is the ultimate experience for every Harry Potter fan filled with interactive fun for all ages.

Need Help?
Copyright © 2022 SmailingTour. All rights reserved.
Notifications
7
Sorry, your enquiry to:
5D Ramah Turkey Muslim + Amasya & Safranbolu
can’t be processed, due to limited available pax at the moment!
Try other available tour packages or Submit your request for this package. We will try to arrange the best suited or recommed similar package for you.
Send Request
Please kindly make the payment for your booking:
5D Ramah Turkey Muslim + Amasya & Safranbolu
because it will due soon in 2 days!
You can process payment faster through our epayment or kindly transfer to our official bank acount: BCA 1298468392 - Smailing Tour
Pay Now

Welcome to
our family

Get exciting offers and benefits travelling with us
Join with us

Welcome to
our family
and join with us

Get exciting offers and benefits
Join with us 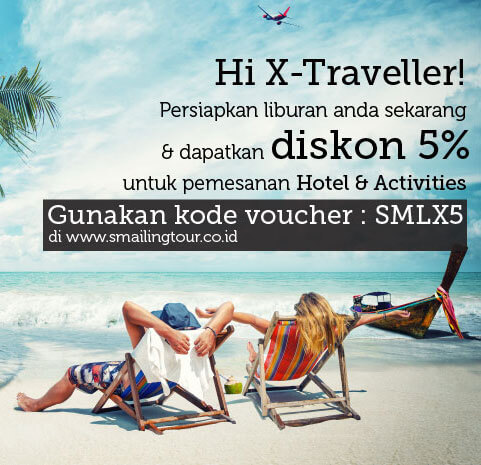 Welcome to
our family

Get exciting offers and benefits travelling with us
Join with us

Welcome to
our family
and join with us

Get exciting offers and benefits
Join with us

We have you covered!

We have you covered!